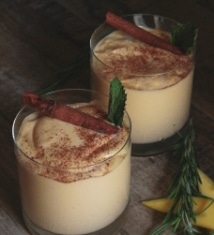 Consuming raw or undercooked meats, poultry, seafood, shellfish, or eggs may increase your risk of foodborne illness. If this is of concern here are two options:

To make the custard base